To build a render tree, the browser needs:

Document Object Model(DOM) is an object based representation of HTML document. It converts HTML document to a object model, it has a tree like structure called a node tree. It is so called because it has only one parent node(root element).

Go with this example,

The representation of this HTML document is: 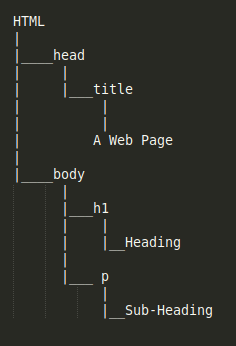 Don't misunderstand DOM as the one you see in the DevTool(inspect element in the browser). There are only a slight difference between both. It doesn't include pseudo-elements (e.g. ::after) and

tag will not be there in the DevTool.

If the html document you have created is invalid, it will automatically make changes and make it into a valid structure.

Assess your business potentials and find opportunities for bigger success